After falling asleep around 7 p.m., I finally got out of bed around 6:30 a.m. Of course, that didn’t mean I slept soundly throughout the night. Even with jet lag, I will never sleep through the night without waking up at least several times. Plus, with the WiFi not working anymore, it was even easier to sleep so early but every time I woke up, I would check my phone in hopes of accessing the Internet. No such luck.

So we went to my cousin’s house that’s conveniently two bus stops away. She met us at the stop and walked us to her apartment on the 26th floor, the top of the building, where she cooked us oatmeal with tomatoes for breakfast. For the next two hours, I found myself terribly bored, despite finally having WiFi and Chinese TV. WiFi with VPN was too slow, anyway. Somehow compared to all the family and friend visits yesterday, visiting my cousin this morning felt so dull. It wasn’t until another family friend stopped by and took us to see the rooftop with views of the city and then out for eating and shopping that I felt slightly better about spending a day with my mom’s friends.

I really enjoyed getting this chance to learn how to get around the city, specifically to FOOD. Having my suspicion confirmed of being in somewhat of a food desert without walking at least 20 minutes or taking the bus closer to where my cousin lives, it was so nice to know that places where I could indulge in Chinese food, buns, desserts, etc. exist several stops away. 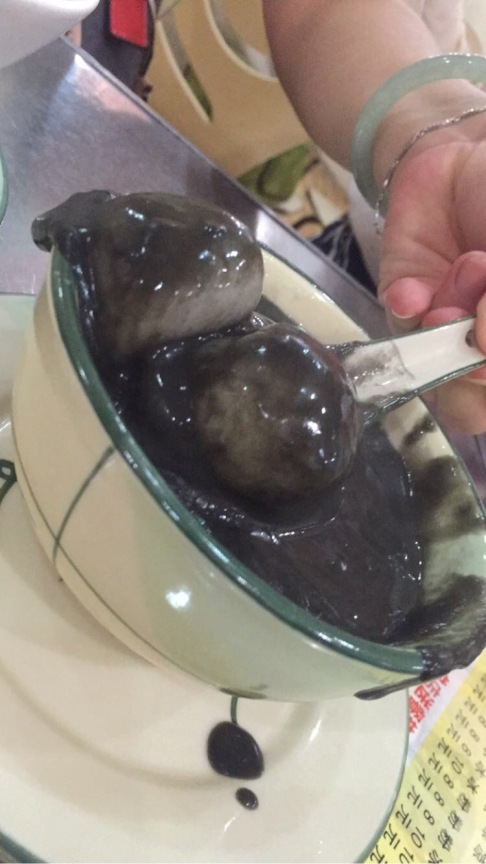 I felt happy to walk around a shopping center that had many interesting shops and, again, food. We took the subway from the shopping center to my mom’s old neighborhood, where we first had authentic chicken in an unassuming old two-story restaurant before visiting my mom’s house where she grew up in.

Unfortunately, the WiFi is too weak for me to connect to VPN on my phone to upload photos to Google+, so I’ll try later…

My mom has always said how seeing her house would scare me, because it definitely is…interesting. Especially now, it’s pretty run down but we happened to catch two of her relatives checking the place out as well. The sunlight from the open roof hardly made it to the hallways or rooms, making for a very dark experience navigating the dirty place.

After taking a brief break back at the apartment, we went to have dinner with an executive from the Guangdong TV station in a shopping center near the station’s building. I have quite a bit to say from the night, but for now, I’ll just say I’m looking forward to the interview I have at the station on Wednesday 🙂