Coming from a jam-packed time in London where we hardly had time to rest, we arrived in Munich expecting a much calmer four nights (yeah, poor planning comparing the knowledge we had of each city—could have spent much longer in London).

So we spent the first morning in Munich sipping coffee and enjoying breakfast at Bar Centrale, a highly rated Italian café on Foursquare—a must-have app for traveling and finding your way around (remember that GPS works without WiFi) to the top places in any city.

Even if you miss a few Swarm check-ins here and there (I know I have, either the delay or the missing check-ins have produced a psychologically painful withdrawal from attempting 100-percent accuracy in the U.S. regarding my whereabouts), Foursquare is Yelp, Google Maps, and TripAdvisor all in one. Just make sure you save the places you would like to go to so you can access the map and compare where you are when you’re out to whatever destination.

So a Basic store does exist!

Such a cute café at Bar Centrale in Munich.

Given menus we couldn’t understand at Bar Centrale in Munich. #ART

We then made our way to the Deutsches Museum, conveniently located mere minutes from our Airbnb. The museum is technologically focused, so we saw everything from electrical power to sundials on the observatory (where I made the wonderful realization of moving my supreme fisheye lens to the front and taking awesome selfies without—gasp—a selfie stick!). The museum is heaven for anyone interested in engineering, technology, or even musical instruments! I was so pleased to see a “Musik” hall full of instruments. 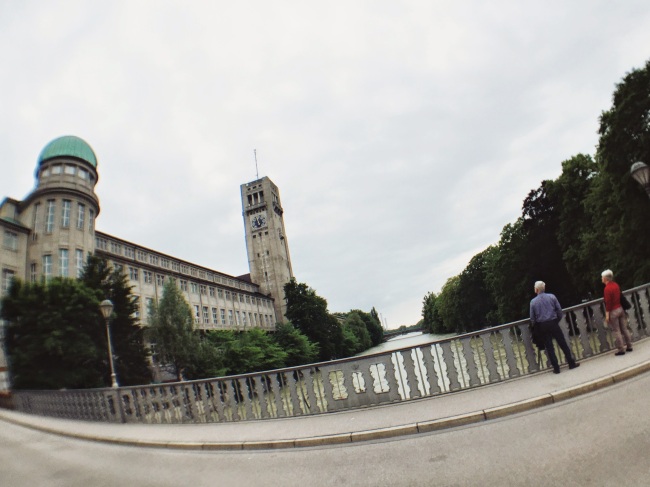 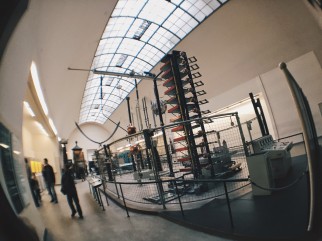 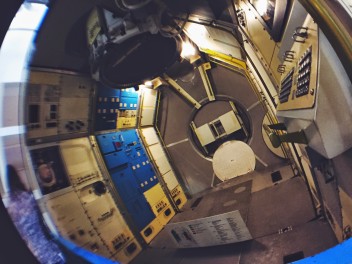 Inside a space shuttle.

Map of the Munich Airport at the Deutsches Museum.

Lufthansa model at the Deutsches Museum. 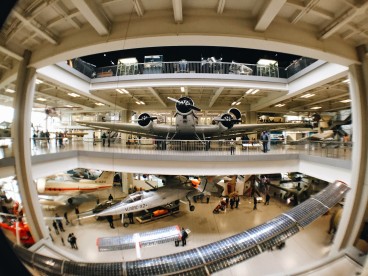 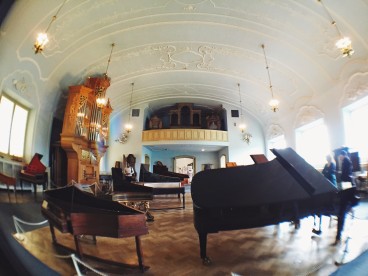 The making of a violin.

Can you tell this was my favorite exhibit? 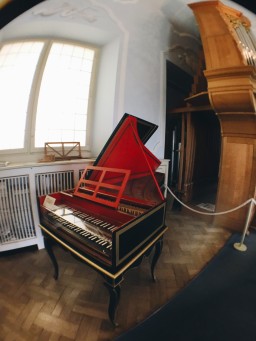 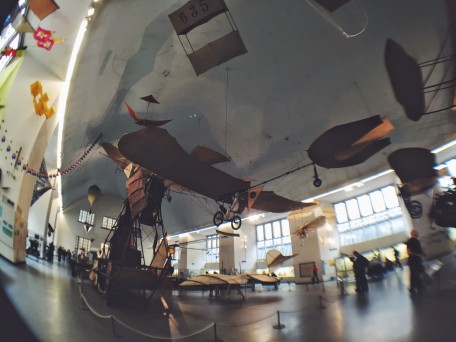 Huge ship in the museum.

Sundials lining the edge of the Deutsches Museum observatory.

Had a bit too much fun discovering the selfie stick-like capability of this supreme fisheye lens at the Deutsches Museum observatory.

Had a bit too much fun discovering the selfie stick-like capability of this supreme fisheye lens at the Deutsches Museum observatory.

After the Deutsches Museum, we really had NO other plans for the day. But with the weather still decent and with it being so early and all, we explored, wandered, discovered.

I am so happy about the Airbnb we chose, simply because of its centrality. From the Deutsches Museum, we walked and found Viktualienmarkt, an outdoor food market. But given that it was Whit Monday, or Pentecost, we walked through an empty market, save for the bustling restaurant in the middle taking advantage of the holiday’s closures.

Feeling hungry, we saw a cool rooftop café next to the market and decided to check it out. Wow. What a place. The cakes looked out of this world. But we decided to return to try those later, as we ordered “real food” instead. While my friend got smoked salmon flatbread, I ordered what looked like German specialty, kaiserschmarrn (shredded pancakes) with apple sauce, made using the original Oktoberfest recipe.

After chilling here for a while, enjoying the views, we walked to the breathtaking New Town Hall we caught a glimpse of while walking to the café. Just amazing. All of this just minutes away from our place, by the way.

I realized where we were then—Marienplatz! Among the top rated attractions in Munich. So we walked down the wide streets full of shopping until we found a small, lovely park with chairs. We sat. Chilled some more. Looking at my Foursquare map, I saw that there was a much bigger park down the street—Hofgarten. Upon entering, we knew we had found our running spot for Thursday, the only decently warm day forecasted during our stay (it’s deceivingly chilly here).

Ah. This is the life. 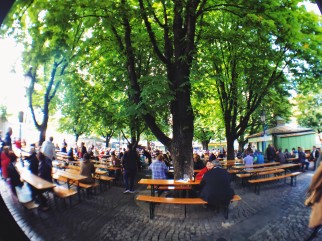 The only busy part of the empty Viktualienmarkt on holiday. 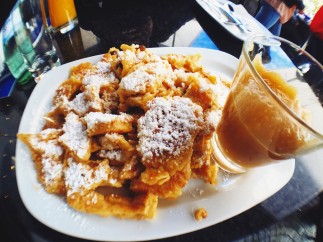 Delicious kaiserschmarrn (shredded pancakes) with apple sauce, made using the original Oktoberfest recipe at Rischart next to Viktualienmarkt.

The ridiculously attractive sweets at Rischart. 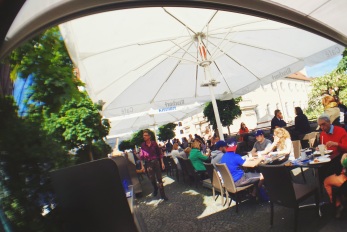 Rischart next to Viktualienmarkt in Munich.

Seeing the New Town Hall actually made me gasp. So beautiful.

Necessary selfie in front of the New Town Hall.

Walking through the New Town Hall.

Inside the New Town Hall. 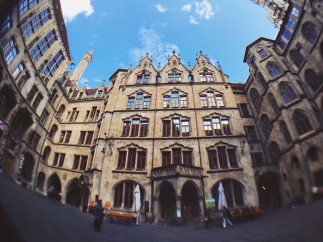 Inside the New Town Hall. 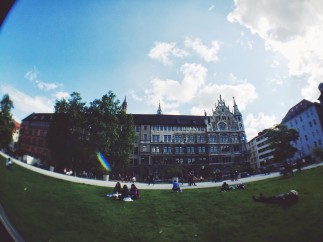 Chilling at a park near Marienplatz.

Walking around Residenz in Munich. 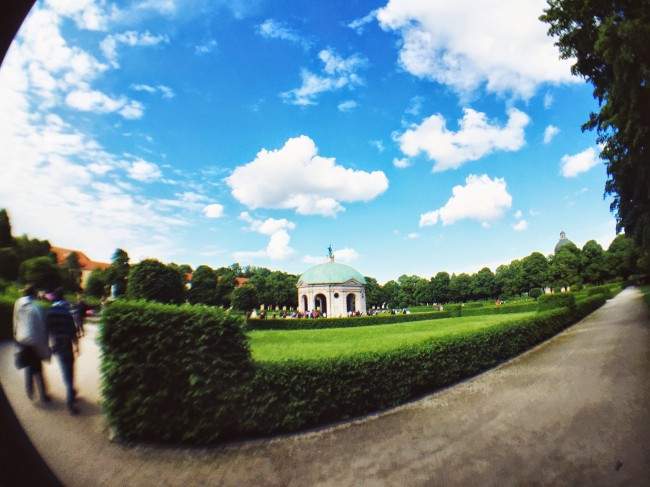